By Chad Thomas and Matt Kelly

But do these regulations really prevent storm damage and increase recovery times from natural disasters? 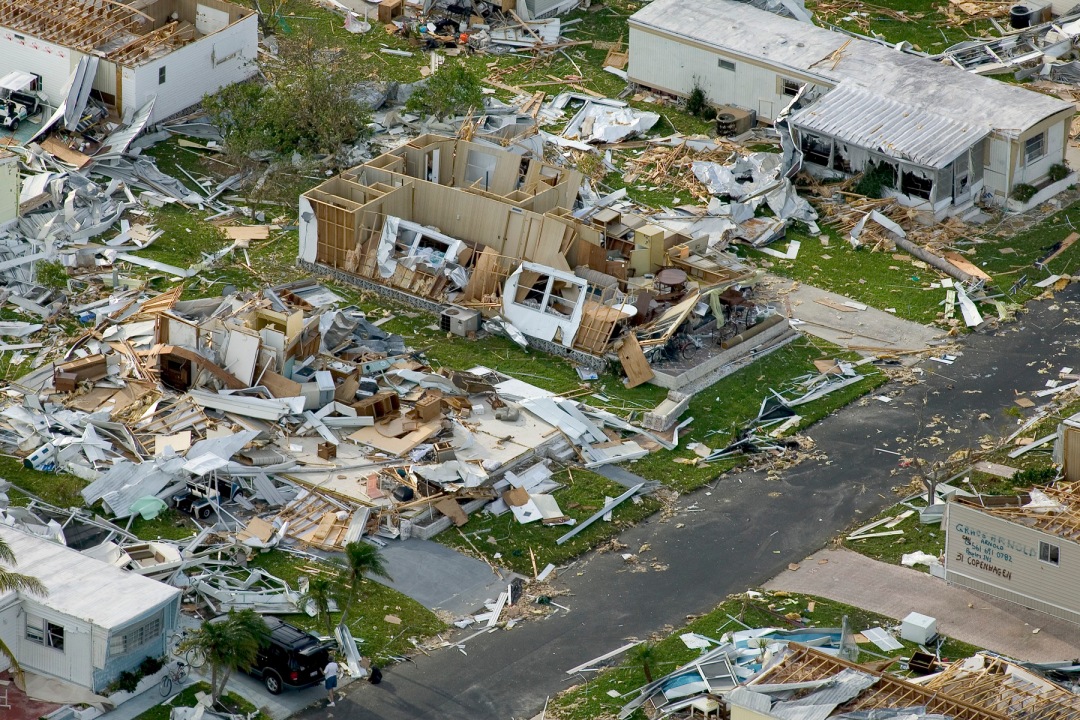 Research by Daniel Sutter, an economist at the University of Texas – Pan American, casts doubt on the effectiveness of broad regulatory approaches. In a 2008 policy paper published by the Mercatus Center at George Mason University, Sutter contends the public sector has failed to improve mitigation and may not be able to through building code enforcement or floodplain regulation. Storm damage prevention is more effective when targeted toward individuals. Deductibles for property insurance policies encourages mitigation, and insurance companies can incentivize homeowners to install storm shutters and other precautionary additions. Private sector mitigation efforts can prevent storm damage without also diminishing homeowners’ property rights.

Regulation can impede recovery as well as preparedness. After South Carolina suffered damage from Hurricane Matthew in 2016, Beaufort County’s building permit codes offices took days to reopen, forcing residents to delay their own repairs or break the law. In that case the regulations meant to protect homes from storm damage deferred reconstruction further.

Damaged communities also need skilled laborers to rebuild homes and businesses. However, workers are required to pay fees to regulators and meet educational and training standards to be licensed and work in a state, and often these licenses are not transferable between states or even between cities. Licensing can make it more difficult for construction crews outside Florida to assist in repairs, restricting supply when needed most.

Occupational licensing is meant to provide assurances to consumers about the quality of the work performed by hired labor. However, according to a study on construction service quality after natural disasters by David Skarbek, an economist at King’s College in London, licensing laws “restrict supply, increase prices, and transfer wealth from consumers to producers.” Skarbek studied the effects of occupational licensing in the aftermath of hurricanes in Florida. While he acknowledges that “people are less capable of obtaining information about product quality after a storm,” but he found little evidence that this constraint limited the ability of residents to hire construction companies during the 2004-2005 Florida hurricane seasons. Skarbeck argues that  private certifications and reputational mechanisms can address the problem more effectively at less cost than government licensure.

Some jurisdictions in Florida have successfully taken a different approach, reducing or relaxing regulations to expedite recovery. Following Hurricane Matthew, St. Augustine waived permit fees and extended permit expiration dates. After hurricanes Frances and Katrina in 2005, Florida Governor Jeb Bush extended 60-day provisional licenses to roofers who were normally prohibited from serving residents in affected areas. Florida law allows homeowners to act as their own contractor for roof shingle repairs or replacement following a natural disaster, but allowing this exemption from licensure requirements for more substantial repairs following a storm could also be beneficial.

Residents and insurers already have a clear incentive to prevent damage to their homes without local regulations, and market alternatives to occupational licensing can be just as effective at ensuring quality without restricting supply during storm recovery. Relaxing regulations after natural disasters probably speeds rebuilding by allowing construction services to freely assist where and when they are most needed.