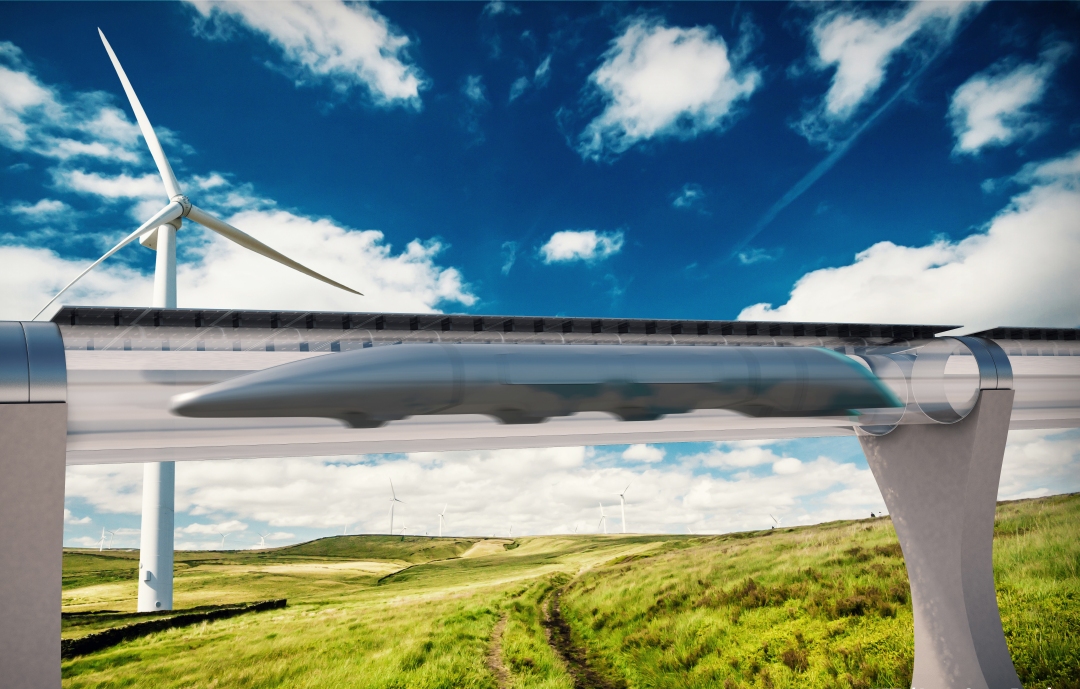 Elon Musk unveiled his pneumatic tube inspired Hyperloop, a “fifth mode” of transportation that he hopes will revolutionize intercity travel on Monday. His “technical paper” sketches out the engineering and technical plausibility of the concept, and the proposal seems surprisingly robust as I point out in this commentary for cnn.com. It’s also a good example of why our nation’s detour into high-speed rail is both short-sighted and misguided.

On the surface, the two transportation options have remarkable similarities. Both high-speed rail the Hyperloop target travelers between major cities of intermediate distance and are focused on passenger traffic. Both concepts are forms of mass transit rather than personal transport, and they rely on trunk connections—rails or tubes—rather than networks to transport people. Both will be multibillion dollar megaprojects.

But that’s where the similarities stop.

Musk’s concept reaches for an entirely new technology to radically transform the travel experience, potentially cutting hours off of travel between these cities. Traveling from Los Angeles to San Francisco would take just 30 minutes once in the vehicle. Traveling from downtown Washington, DC to Chicago may well take less time than commuting in from Leesburg, Virginia or Chevy Chase, Maryland. The technology the Hyperloop uses represents a completely new way of transporting people from place to place, representing a quantum leap in service levels and benefits. It’s not quite Star Trek, but it’s a potential transport innovative on par with the automobile, steam ship, train and airplane. In short, it truly is a fifth mode of transportation.

The contrast with high-speed rail is palpable. Despite the soaring rhetoric used by the Obama Administration and its boosters, high-speed rail has been more political theater than rational economics from the outset. Trains and steam engines have been around for two hundred years, and even the state of the art is really an incremental improvement over the conventional rail transport technology. The “innovation” was really bringing technology applied in China and Europe to the U.S.

The methods used to push high-speed rail in the U.S. were also political, rooted in a crass call for job creation rather than performance-based improvements in economic productivity and travel. Musk’s technical paper properly laments the way in which California launched its rail initiative, noting the state seemed to choose the highest cost, least practical routes. Indeed, virtually every independent assessment of the California initiative, including a “Due Diligence Report” and update published by Reason Foundation, has heavily criticized the California initiatives estimates of costs and feasibility, and some mainstream analysts even question its legality.

Outside California, projects were chosen for the political feasibility more than practical benefit. The proposed high-speed rail segment between Orlando and Tampa, rejected by Governor Rick Scott, made sense only in the context of finding a quick place to spend money to build momentum for a national initiative, not whether the link added a meaningful travel benefit to the congested I-4 corridor.

This isn’t to say that intercity rail has no future in the U.S. On the contrary, the Northeast Corridor, which has high-speed travel components, is by most accounts successful, covering its operating costs and competing with alternative modes such as air travel. Florida East Coast Industiries is spearheading a billion dollar private initiative to link Miami, Florida with Jacksonville and Orlando through conventional rail.

These are both cases where conventional rail makes sense because they provide meaningful alternatives. In the Northeast, high travel volumes along a corridor with high urban densities make alternatives such as rail viable. In Florida, poor intercity air connections combined with high population densities along the Atlantic Coast make privately funded conventional rail feasible.

In most other places—including Ohio, Illinois, Pennsylvania, Texas, California—conventional rail, even high-speed rail, simply doesn’t make sense because the costs outweigh the meager benefits in travel time savings and reductions in congestion.

Musk’s concept, drawing on radically new technology and designed to meet high value, niche demand for travel between cities, has the potential to change transportation dynamics in the U.S. and elsewhere. The concept may well finally put our national high-speed rail misadventures to rest. Indeed, if the technology is as promising in reality as it seems in concept, the Hyperloop may re-establish the U.S. as a global center for transportation technology innovation.